A power supply is an electrical device that supplies  electric power  to an  electrical load . The primary function of a power supply is to convert  electric current  from a source to the correct  voltage ,  current , and  frequency  to power the load. As a result, power supplies are sometimes referred to as  electric power converters . Some power supplies are separate standalone pieces of equipment, while others are built into the load appliances that they power. Examples of the latter include power supplies found in  desktop computers  and  consumer electronics  devices. Other functions that power supplies may perform include limiting the current drawn by the load to safe levels, shutting off the current in the event of an  electrical fault , power conditioning to prevent  electronic noise  or  voltage surges  on the input from reaching the load,  power-factor correction , and storing energy so it can continue to power the load in the event of a temporary interruption in the source power ( uninterruptible power supply ).

All power supplies have a power input connection, which receives energy in the form of electric current from a source, and one or more power output connections that deliver current to the load. The source power may come from the  electric power grid , such as an  electrical outlet ,  energy storage  devices such as  batteries  or  fuel cells ,  generators  or  alternators ,  solar power  converters, or another power supply. The input and output are usually hardwired circuit connections, though some power supplies employ  wireless energy transfer  to power their loads without wired connections. Some power supplies have other types of inputs and outputs as well, for functions such as external monitoring and control. 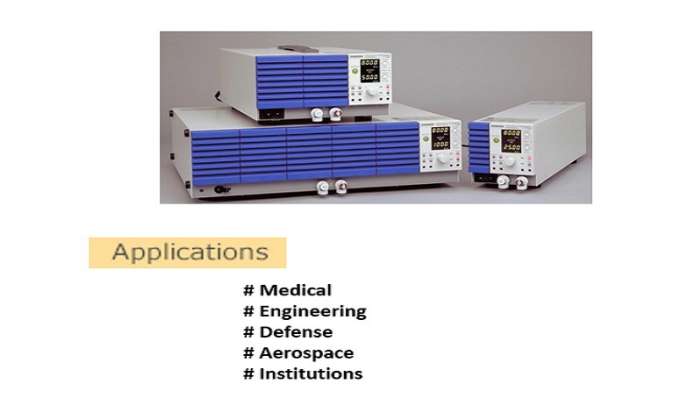