A  Cyro Electromagnet  is an  electromagnet  made from coils of  superconducting wire . They must be cooled to  cryogenic  temperatures during operation. In its superconducting state the wire has no  electrical resistance  and therefore can conduct much larger  electric currents  than ordinary wire, creating intense magnetic fields. Superconducting magnets can produce greater  magnetic fields  than all but the strongest non-superconducting  electromagnets  and can be cheaper to operate because no energy is dissipated as heat in the windings. They are used in  MRI  machines in hospitals, and in scientific equipment such as  NMR  spectrometers,  mass spectrometers ,  fusion reactors  and  particle accelerators . 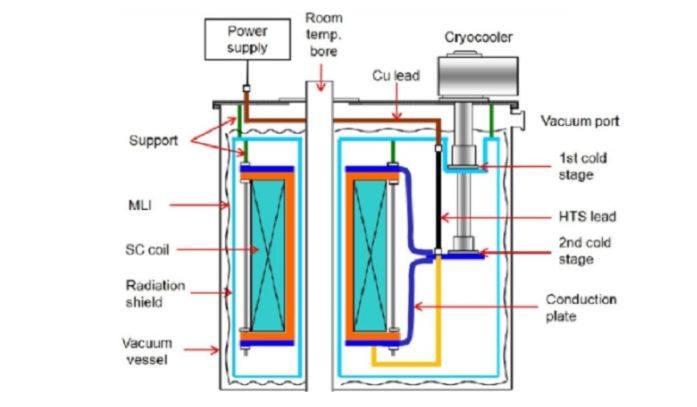