The electric dipole moment is a measure of the separation of positive and negative charges within a system, that is, a measure of the system’s overall  polarity . The  SI units  for electric dipole moment are  coulomb – meter  (C ⋅ m); however,   the most commonly used in the atomic physics and chemistry is the Debye Theoretically, an electric dipole is defined by the first-order term of the  multipole expansion ; it consists of two equal and opposite charges that are infinitesimally close together. This is unrealistic, as real dipoles have separated charge. However, because the charge separation is very small compared to  everyday lengths , the error introduced by treating real dipoles like they are theoretically perfect is usually negligible. The dipole’s direction usually points from the negative charge towards the positive charge. Direction is independent of the sides. The Dipole aligning Unit is most advanced in its specifications and user can set desired voltage with utmost accuracy using a potentiometer. The accuracy and the resolution of the system is very precise as low as 200 Volt. The new system is digital and has I/O Functions. Dipole aligning Unit is a process in which a DC direct current electric filed with larger than coercive filed strength is applied to specimen at high temperature, but below Curie temperature or optionally applying field at room temperature. 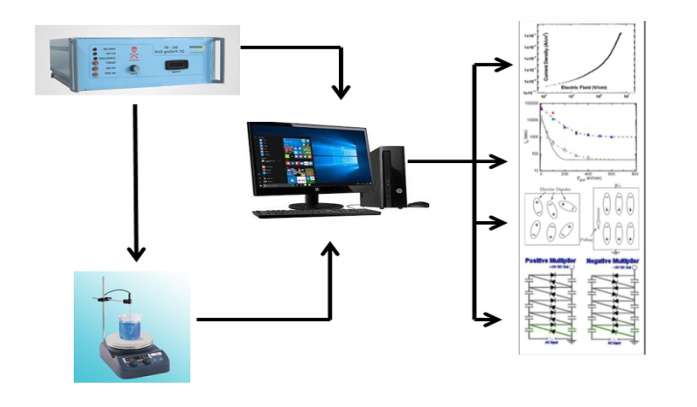