In  electronics ,  leakage  is the gradual transfer of electrical energy across a boundary normally viewed as insulating, such as the spontaneous discharge of a charged  capacitor , magnetic coupling of a transformer with other components, or flow of current across a  transistor  in the “off” state or a reverse-polarized  diode Gradual loss of energy from a charged  capacitor  is primarily caused by electronic devices attached to the capacitors, such as transistors or diodes, which conduct a small amount of current even when they are turned off. Even though this off current is an order of magnitude less than the current through the device when it is on, the current still slowly discharges the capacitor. Another contributor to leakage from a capacitor is from the undesired imperfection of some dielectric materials used in capacitors, also known as  dielectric leakage . It is a result of the  dielectric  material not being a perfect  insulator  and having some non-zero conductivity, allowing a  leakage  current  to flow, slowly discharging the capacitor.

[1] Another type of leakage occurs when current leaks out of the intended circuit, instead flowing through some alternate path. This sort of leakage is undesirable because the current flowing through the alternate path can cause damage, fires, RF noise, or electrocution. [2]  Leakage of this type can be measured by observing that the current flow at some point in the circuit doesn’t match the flow at another. Leakage in a high- voltage  system can be fatal to a human in contact with the leak, as when a person accidentally grounds a high-voltage power line 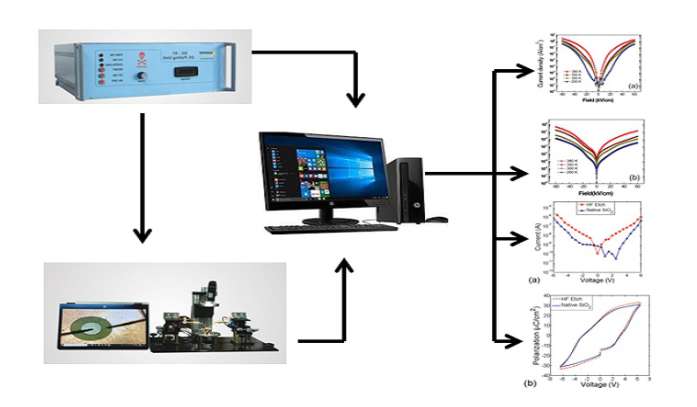