The  van der Pauw Method  is a technique commonly used to measure the  resistivity  and the  Hall coefficient  of a sample. Its power lies in its ability to accurately measure the properties of a sample of any arbitrary shape, as long as the sample is approximately two-dimensional (i.e. it is much thinner than it is wide), solid (no holes), and the  electrodes  are placed on its  perimeter . The van der Pauw method employs a four-point probe placed around the perimeter of the sample, in contrast to the  linear four point probe : this allows the van der Pauw method to provide an average resistivity of the sample, whereas a linear array provides the resistivity in the sensing direction. [1]  This difference becomes important for anisotropic materials, which can be properly measured using the  Montgomery Method , an extension of the van der Pauw Method . 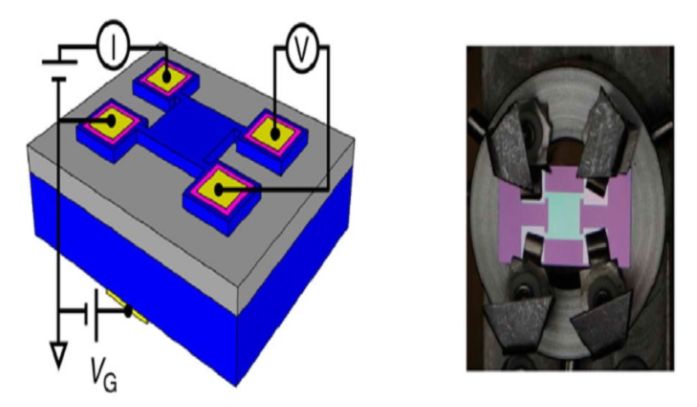